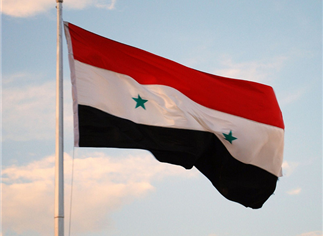 Avaaz.org has started an online petition urging William Hague, UK’s current Foreign Secretary and First Secretary of State, “to take all the necessary steps to ensure that UK universities do all they can so that Syrian students can continue their studies.”

We wonder why UK universities do not have an emergency fund to cover exactly these kind of situations! With the large international student base that the UK has, I find it shocking that UK Universities have not got a back up plan.

But this is not surprising. The amount of hardship support that international students are offered amounts to peanuts. Apart from the visa and UK border agency work, I think UK universities should pick up the cost of helping international students in hardship. At least in extreme cases like those that Syrian students have found themselves in. Then again, what do we bloggers know about bureaucratic university systems? Nothing.

According to the petition,

670 Syrian students currently study in UK higher education institutions. Many have been threatened by their universities with immediate expulsion – some have already been expelled – if either they or their sponsors can no longer pay for their tuition fees, due to the conflict in Syria. Syrian students in that case would then lose their student visas and their right to work, leaving them in impossible situations.

Also, at least 100 Syrian PhD students in the UK are sponsored by the Syrian Government under the British Council’s Capacity Building Scheme, and their funding and maintenance payments have been cancelled by the Syrian authorities. This has left these students in limbo as they may not be allowed to complete their studies.

The lives of these 670 Syrian students are threatened – those who would lose their UK visas would be forced to return to Syria. And if they are suspected of taking part in protests against Assad’s government, they could face detention, torture and even assassination at the hands of the Syrian regime.

The Foreign Secretary William Hague can ensure that Syrian students are able to continue their studies in the UK, including those who have already been expelled – like he did for the Libyan students affected by the conflict in 2011. Let’s call on him, the Universities Minister David Willetts and his colleagues in Scotland to do the same for Syrian students. Please sign and share this petition widely!

Avaaz.org is a new community petitions web platform that gives people around the world the power to start and win campaigns at the local, national, and international levels.