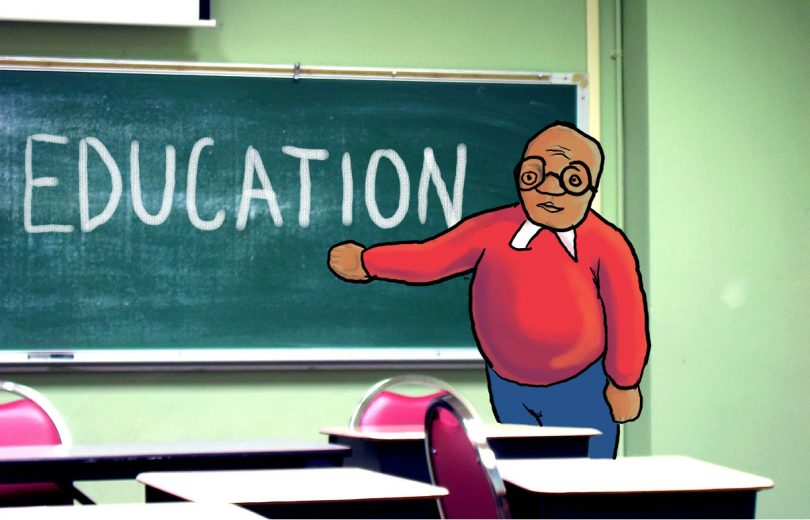 I was having a little look through BBC news the other day and came across an article explaining why our education system is going downhill. Apparently, it is failing to meet the country’s long-term economic needs, and what we need to do is spend more time teaching our children more skills like team building and empathy, so that they are ready when they start a job, or something like that.

Anyway, it made me think about our education system and what I think is wrong with it, and these are the conclusions I have come to.

I think the main problem is the focus on university. Young people spend their entire time in education being told to focus on getting good grades in order to go to university and get themselves a good job. In 1939 there were only about 30 universities in the UK, whereas in 2005 there were about 168. Only the top 2% of 18-year-olds used to be able to achieve a university degree, whereas now it is over half. While I do agree it is fantastic that such opportunities are more widely available to people, unfortunately what it has done is devalue having a degree. The whole point in getting a degree used to be that it was considered by employers that those years spent in university were equivalent to spending years gaining employment experience, but there are so many graduates out there now that it’s just no longer the case.

My own personal issue has been exactly that; lack of experience. But my main dilemma has been the fact that I have spent so much of my life focussed on gaining what I thought was the necessary education in order to achieve a good career, I never stopped to think what that career might be?

I was so worried about getting good marks and getting into a university, that I decided to carry on and study English Language, because I enjoyed it and I knew I was most likely to get a good mark in it, and I thought that because it wasn’t a specific subject like Medicine or Accountancy, it would open more doors for me rather than shut them when it came to deciding what I wanted to do. But really, all it has done is leave me in the same position I was in back when I started college; I really don’t have a clue what I want to do, and not only that, I barely even know the kinds of careers that are available to me.

And I’m not getting any younger; I’m 23 now and with the number of graduates that are out there that do have relevant experience, when I finally do decide what I want to do, the chances are I will either need to go back to university and gain a Master’s degree, go to college and gain some other kind of qualification AND spend the next 1-3 years getting relevant experience. By that point I could be 26 or 27. Is that really a good age for me to be finally starting off my desired career? And what are the chances that in the next few months I’m going to realise what I really want to do?

Just out of curiosity, I decided to have a look at the top ten highest satisfaction jobs, and here is what I found:

1. Singer (I personally think I have the voice of an angel, unfortunately for me I’m yet to find someone who agrees)

The reason I wanted to look at this was because I was interested to see, out of the most satisfying jobs, at exactly what age a person would need to start preparing in order to be able to start their career at a reasonable age (which in my opinion should be in the early 20s) and as it turns out, many of them do not require a degree, but instead require years’ worth of experience.

So I have to wonder, how many young people are spending their life panicking about getting excellent exam results and getting themselves a degree (as well as getting themselves into £20k-£60k worth of tuition debt) only to realise that the career they want to pursue doesn’t even need a degree, but in fact needs relevant experience? They would have wasted three years gaining experience that is no longer considered valuable for certain careers, as well as unnecessary debt, three years that they could have spent in an apprenticeship, part-time job gaining experience or even voluntary work, while they still lived at home.

My main point is that I think our education system’s main flaw is the focus on getting to the top. We are focussing way too much on telling our kids to get degrees and not on explaining to them the kinds of jobs that are out there, and what you need to do in order to get those kinds of jobs.

I did one week’s worth of work experience before my GCSEs working in my dad’s office in the admin department, which was great, but all it taught me was what a career in administration or accounts might be like.

What if young people spent a considerable amount of time doing work experience whilst still in education and still in a position to decide the path they want to take? What if they spent a couple of days in about 10 or more different work settings whilst they are in year 10, and spent school hours being taught exactly what they needed to achieve such a career? I was never taught about apprenticeships or the importance of work experience; all I was taught was “do well in your exams and you’ll be fine”. But what if it’s a waste of time and a waste of money?

On the other hand, what if the career you really want to go in does require a degree but in a specific topic? This was a problem I came across. After finishing my English Language degree I decided one thing I really wanted to go into was Forensic Psychology. Unfortunately, at that point it would have meant taking a conversion course in a random area on my own for a year, and then doing the same with a Master’s, then I would have had to spend a year or two doing voluntary work and shadowing in order to gain enough experience to be offered any kind of job in that field. I was so focussed on getting the best mark I could get, I chose to study English instead of Psychology at university. If I had spent some time in school shadowing psychologists, maybe I would have realised then that it was what I wanted to pursue?

Of course this doesn’t apply to everyone. I have always been in absolute awe of those who study Medicine, for which you need the highest grades in the relevant sciences and maths at A Level and a lot of the time it means you need to have chosen specific GCSEs in order to be able to study those A Levels. That means that those people knew at the age of 14 or 15 the career that they wanted to achieve, which is absolutely amazing. Unfortunately I think for most of us this just isn’t the case, and more exposure to potential careers and the requirements for those careers would go a long way in avoiding wasting time and money and also not being one of those people that spends their life doing something they don’t really enjoy or care about, just because it’s all that was available to them.