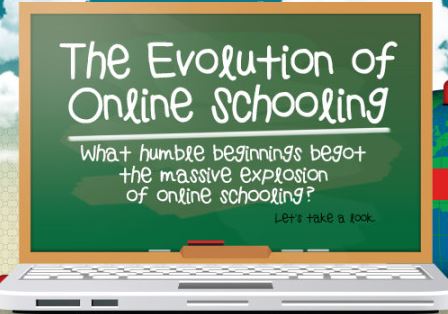 No, this isn’t one of the many MOOCs infographics you are about to view. This is simply about the evolution of online education. It’s amazing to note that online education has been tried before, and maybe it was the lack of platform that they were delivered on, that it failed to pick up.

College Degrees Search have put together this infographic on online education. It tells us that in 1940’s the Military successfully used TV education during WWII. Not sure what for.

No technology would be completed without mentioning Henry Ford at least once, and hence the year of 1950, when Henry Ford began the long-term support for distance learning, starting with televised educational programs. Other key dates that surprised me are: