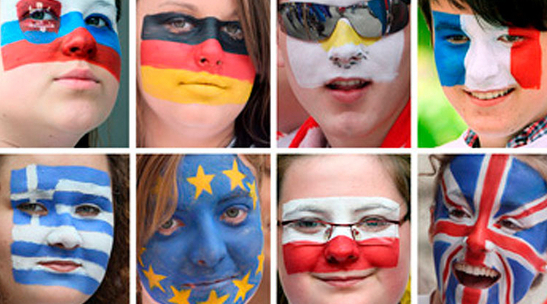 The ERASMUS Program is a European Union (EU) student exchange program established in 1987.

The following excerpt is from the British Council website about the ERASMUS programme:

It encourages student and staff mobility for work and study, and promotes transnational co-operation projects among universities across Europe. The scheme currently involves nine out of every ten European higher education establishments and supports co-operation between the universities of 33 countries.

Erasmus has developed beyond an educational program – it has acquired the status of a social and cultural phenomenon. It gives many European university students their first chance to live and thrive abroad. Over two and a half million students have benefited from Erasmus since its introduction in 1987.

But now, this very programme is surviving on emergency cash and faces the real prospect of going bankrupt.

eubusiness.com reported back in October that French Conservative member of the European Parliament, Alain Lamassoure, who heads the budget committee, said that “the European social fund is bankrupt and can’t refund member states.

“Next week it will be Erasmus, the student program, at the end of the month, the Research and Innovation Fund.”

Speaking at a news conference, Lamassoure blamed the shortfall on governments that fought for a four-billion-euro cut in the EU budget, in line with austerity policies across the 27-nation bloc.

Budget Commissioner Janusz Lewandowski is due to ask member states for “several billion” extra in the coming weeks to plug a deficit Lamassoure estimated at 10 billion euros.

“These countries have a right to these monies which are reimbursements. It isn’t lost but they will have to wait to recover it,” he said.

It has now come to my notice that the matter hasn’t gotten any better in the last two months. There is now a petition asking EU countries to save the ERASMUS program on change.org

The petition says in part

“…the crisis is also affecting the Erasmus Program. The spokesman of the European Commission Budget Department just said very clearly: “The Erasmus program is out of funds.” Until this moment of the year, 70% of the scholarships have been paid. But they don’t have the 30% of the funds coming from the different national governments. To prevent total collapse and bankruptcy of this program, the Commission has additionally provided an emergency fund of 420 million Euro, but this measure can only fix the problem during a short period.”

Read the petition to save the ERASMUS program.