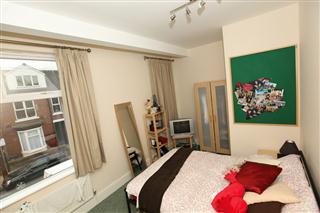 If you’re in your first year of uni and thinking about housing for the next, then choosing the right housemates is a pivotal step.  With everybody suddenly jumping into housing and palling up pretty quickly, it can seem like you have little control over who you’re going to live with, but making the right decision can have a huge impact on your next year of uni, especially when your workload is going to increase and studying will become a lot more serious.  Below are few hints and tips to steer you on the right path.

Since time began, first years seem to have a bizarre tendency to begin sorting housing about two days after the end of Fresher’s Week.  Ok, perhaps this is a slight exaggeration, but it’s a well known fact that many first years sign way too early and end up living with people, that by the end of the year, they barely speak to anymore.  You’ll hear it time and time again but the best advice you can be given is to not rush into housing!  There seriously is no need.  It’s simply true that there’s more student housing than students.  Student properties are everywhere, so you’ll never be stuck for a place to live.  Leaving it at least until after Christmas gives you a bit of time to actually get to know the people around you and figure out whether you’ll be able to live with them or not.  The first couple of weeks of uni aren’t always going to reveal to you everything about the people in your flat or on your corridor, so be cautious, relax and just give it a bit of time.

Have a think about what kind of house you want to live in.  Some people absolutely love living in a big, bustling house with loads going on and people around all the time, but this can get hectic at times, and, if you’ve all got different schedules: when you want to work, your housemates might want to party.  If that’s cool with you, then no problem, but think about this before you sign and figure out what you really want from housing.

Do you actually want to live with friends?

Most people do and most people don’t regret it, but it’s not something people really think about before they sign.  Some students decide to live with random people and keep their housing arrangements and social lives a little bit separate – this can work fantastically, not in the least because when you have to think about housing in third year, you’re not tied into a certain set up which you may be obliged to stick with.  Living with people you don’t know is also a great way to meet new people, but of course, you may meet the infamous difficult housemate who could make things tricky, so there’s always a slight risk involved.

Think About Their Living Habits

It’s easy to decide to move in with some people because they’re fun or you have a good time on a night out with them – both valid reasons, but there’s a difference between a friend you can live with and a friend you can’t.  Don’t end up ruining a perfectly good friendship by moving in with someone who actually has very different attitudes to cleanliness, noise and nocturnal/diurnal living.  It can end up creating a lot of hassle and potentially unnecessary and trivial animosity.

Once you have moved into a house, always remember that in any shared living situation, you have to be willing to compromise to a certain extent.  After all, it’s not just your house, it’s everyone’s.  Keep this in mind, stay laid back and you’ll have a dream of a second year.

This article was written by Ed from Claypenny Properties. Claypenny are a trusted student housing and accommodation provider in Sheffield. Visit our website and blog for more information!